I’m sitting at the little NOLA (New Orleans) airport wondering how three days can go by so fast?

In case anyone who thought I’d be writing about a three day bender, culminating in running naked covered in beads down bourbon street, I’m sorry, that’s gonna have to be the next trip.

It started with oysters… of course 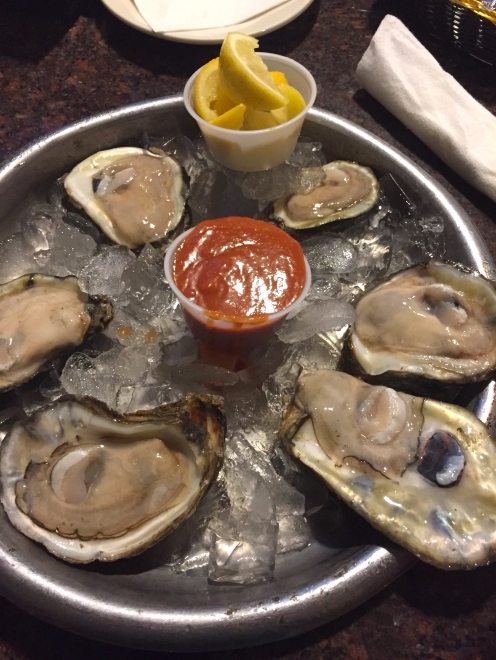 I get that oysters are kinda like salty, fishy packages of snot to some people. But to me they are little parcels of oceanic heaven. That way they slide down your throat on a life-raft of lemon and tabasco … hnng.

It was Friday. We hadn’t eaten all day. After an early (delayed) flight from Orlando, it was about 2pm and 32 degrees by the time we managed to check in and trek for food.

Headed to the Acme oyster house, where I was meant to take on the 12 dozen oyster challenge. The line was down the street, and the point of hangry hit so hard that it was a superhuman effort not to have a tanty like a 5 y.o who had lost their teddy.

Luckily, across the road there was an unassuming bar called Felix’s.

Stumbling in like post apocalyptic zombies, we did what any starved Aussies would do. Ordered deluxe bloody mary’s with an oyster shot on the side and a side of oysters.

The food adventure had begun.

Thanks to most excellent suggestions from mates, locals and followers I had an epic list of suggestions. It turns out too epic to fit into a mere three days. I hope I managed to do everyone proud!

Here’s the New Orleans food list to hunt, with some additions on the best places to go:

Felix’s helped us to tick off alligator, fried pickles and oysters galore…

The blackened alligator was truly delicious. If you’ve had crocodile in Australia it’s similar, like chicken but a little more fatty. It differs to chicken when it comes to consistency which is more like a fish fillet, without any fishy taste. I think it would go excellently in a taco… just sayin. 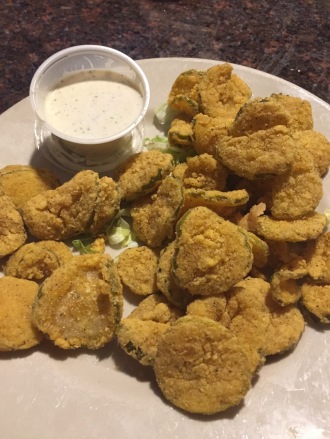 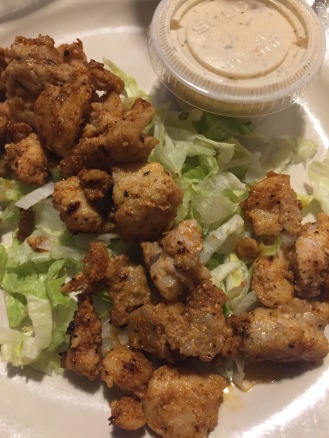 Like most folks, we ended up cruising down Bourbon street. Which had most of it’s length closed for roadworks. This made navigating the crowds and the bars pretty crazy come nighttime as drunken bachelor parties and sorority parties merged into one sweaty mess of booze, groping and shouting at randoms.

We tended to avoid the entire street after one hard earned trek and a few beers and hot sauce tasting along the way.

Walking around the French Quarter is astonishingly beautiful. With Jazz oozing out of most architecturally stunning corners, and the smell of cajun spices permeating the heat, we were a puddle of sweat by the time we meandered to our dinner… 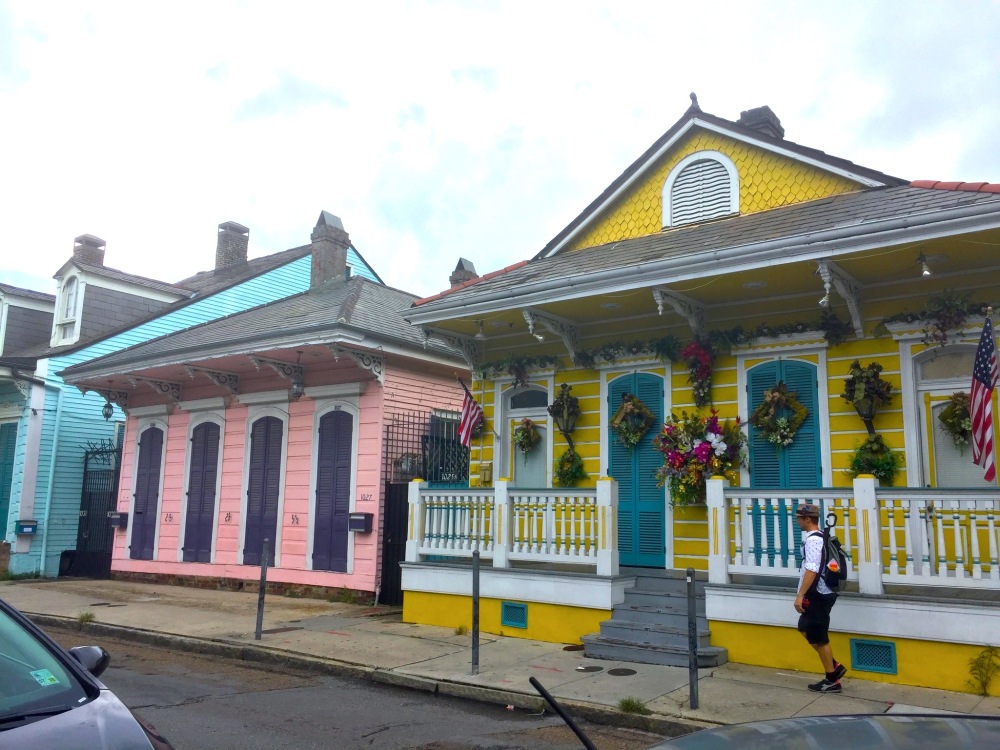 Heading to Gumbo Shop for dinner, on a local friend’s recommendation, we decided against the bone chilling aircon for a dinner in the outdoor patio. I’ll choose a puddle of sweat over freezing my tits off indoors any day.

How good does this dinner sound? 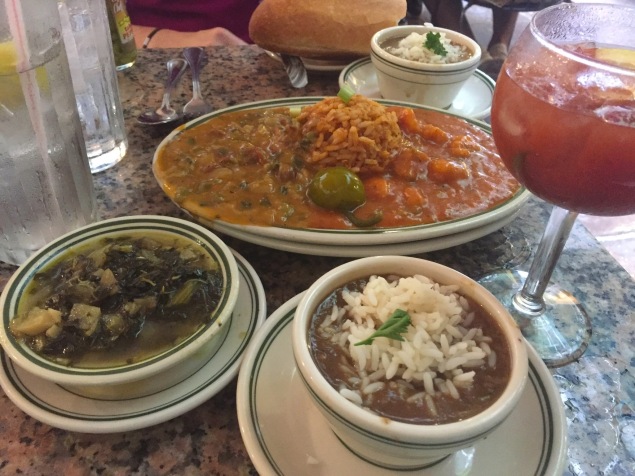 Now that’s a meal of beauty

Guys … crawfish are yabbies. They are totally yabbies. They aren’t what we call crayfish or lobster. If you haven’t had a yabbie, imagine a less crabby crab (but that texture) mixed with a prawn. Freaking delicious.

The majority of our trip was food based. I can’t really pretend it was anything else. We didn’t do much of the usual New Orleans “top 10 things to do” like cemetery tours and ghost hunts, even if I wish we did. We simply didn’t have time …

We did end up touring a swamp.

It was awesome, I held a gator and learned about the Bayou. That’s not what this blog is about, totally hit me up about that on the facebook page if you want to know more.

On the way back, it started to rain. When I say rain, it was about 6 inches in 30 minutes. New Orleans pumps can take 1 inch in an hour.

So it flooded. Here’s a sample of what it was like to cross the street back to our hotel

Let’s just say our plans for the rest of the food tour were cancelled, so we had to try and fit in EVERYTHING on Sunday…

Head here for part two, cos it’s too much for just one blog 😛