It all started with a text to my mother to visit Old Kingdom in Smith Street for some ‘duck’.

Approximately 9 years ago we’d shared an amazing meal at this restaurant which comprised of the whole duck served numerous ways. We were keen to see if was still just as good, as reasonably priced and as popular as it was back then.

There was an hilarious autocorrect during the arrangement of the dick … sorry duck 😉 which I simply must share due to many lols afterwards.

It turns out that Old Kingdom is still serving the same duck banquet all these years later. It’s $55 for three courses of duck (the $55 is for the whole duck). I think it was about $40 9 years ago but that’s inflation for you. It’s definitely enough food to easily fill two hungry people. 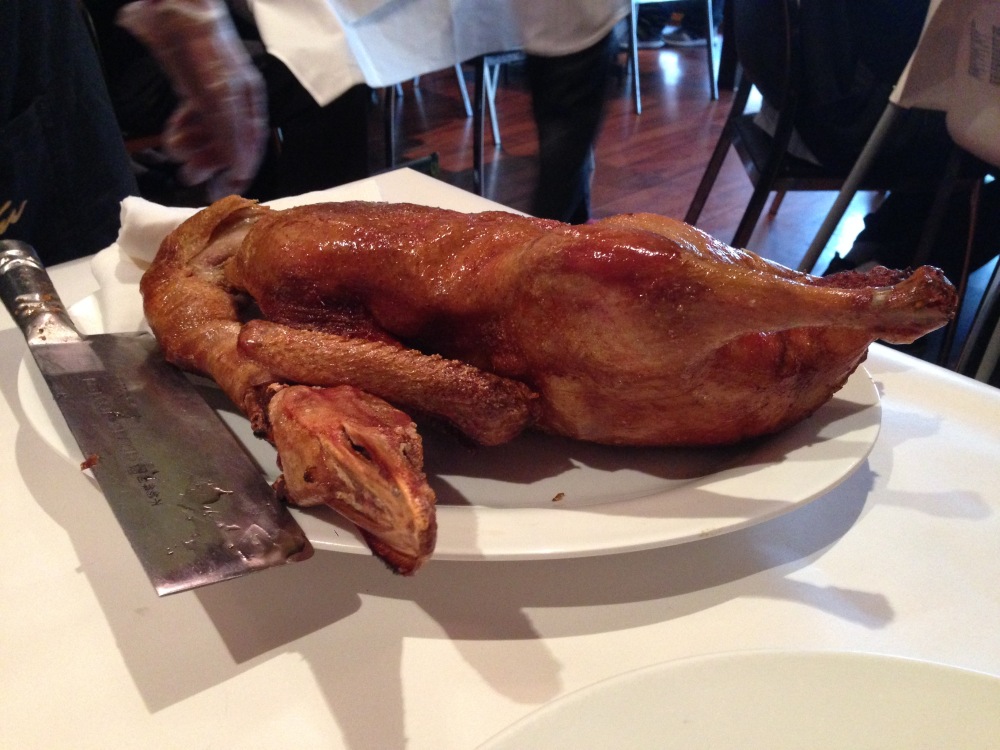 I know a few people who are funny about “seeing the animal” they are eating or eating something with “a face” … personally I don’t get it but if you are one of those people the carving of the duck right in front of you might be a little confronting. Forewarned is forearmed.

The slicing of the duck really is a part of the entire experience. It’s quite a show watching the expert carve the slices from the duck. You can see how juicy the pieces are as they fall off the carcass, really making you crave that first taste.

Darn … I’ve made myself want to go and have duck again.

The first course is peking duck pancakes that you wrap yourself with some spring onions, cucumber and a healthy dollop of peking sauce. Personally I think this is the best dish out of the three, it’s just as good and even better than the nicest duck I tried in China and it’s such a large serving that there are enough pancakes for three people (which is how many we had that night).

Course number two is a duck, bamboo shoot and noodle stir fry which uses a lot of the darker duck meat like the thigh. It’s really tasty and very tender. I’m a sucker for duck and noodles and I was glad to taste that it wasn’t too salty (read MSG). You know what I mean? When you leave a place and need to immediately drink 5 litres of water due to the salt content? This didn’t happen here.

As we had three people we’d also ordered the soft shell crab which came out at the same time. Unfortunately I don’t really rate it. However, to be fair I’m also not a lover of soft shell crab. I find the taste kind of like ‘dirty’ meat, not unclean at all but too ‘earthy’ for my taste. Which is odd since I’m *pretty* sure crabs live in the ocean. I’m no marine biologist!

Course three is a simple broth with the duck bones. This is the least impressive of the dishes, though I do appreciate it’s simplicity. By this time you’re so stuffed with duck it’s a nice way to finish off. A little too salty for my taste though.

We were pretty thrilled that our expectations weren’t crushed and that the duck we’d enjoyed all those years ago was still delighting people to this day. Apparently the restaurant has been sold in between which can often lead to drastic changes. Whilst the lighting has been upgraded and the chairs and tables spaced out a little more, not much else has changed, except the price.

Still a bargain if you ask me and still delicious! 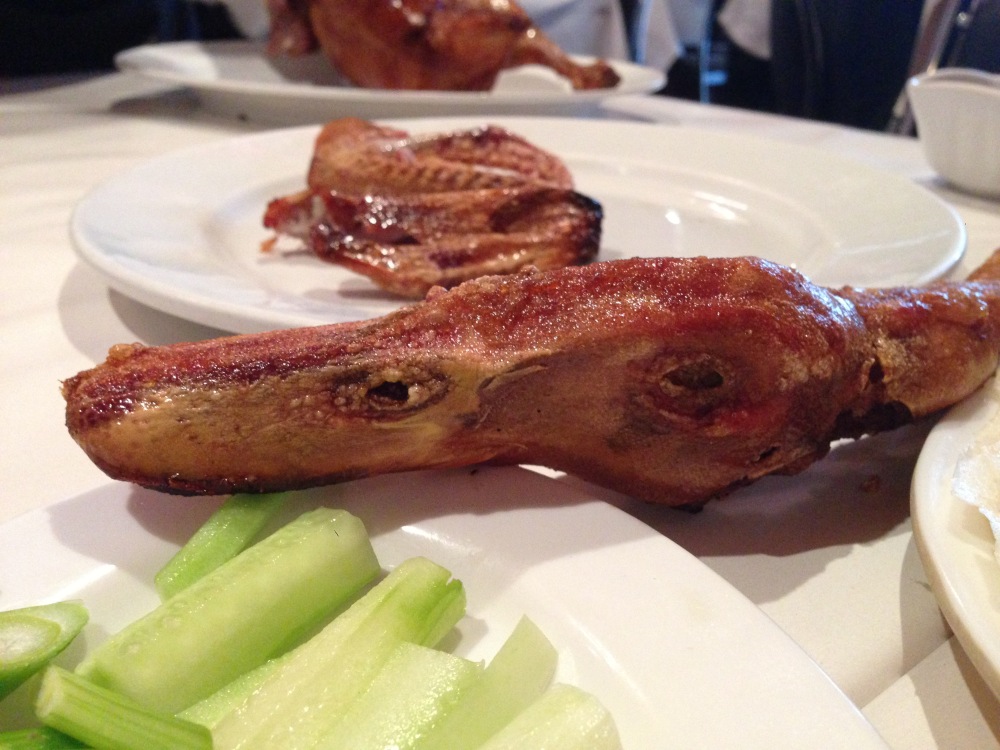 How cool is the head?

Check out Old Kingdom on Urbanspoon: