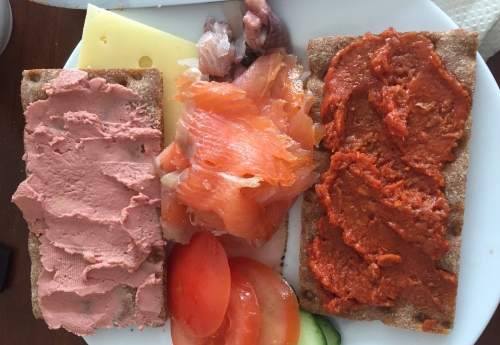 You’ll never go hungry in Norway. In fact the only thing I think Norwegians do more than fitness is fitting food in their mouths. So I had a pretty decent list coming in:

Sound good? Alas, many of the list was not to be, as was the case in Iceland… it’s simply the wrong season, or the kids don’t eat this stuff any more.

Dishes like Ratfisk, Lutefisk, Molje and Væraballer, really only come out around winter, the time many families get together for Xmas. Nothing like bonding over some ram’s balls and rotting fish I suppose.

Whatever you do, don’t feel bad for me! Norway has treated me to some AMAZING food, and I promise you some it is from the list, and some I discovered along the way …

I can only assume this is pate of child? 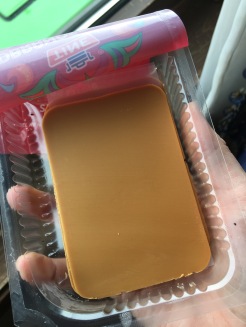 It sure is brown

There are some things as synonymous with Norway as skiing, vikings and hot people. For brekky almost every day I was treated to a veritable spread of Norwegia (I don’t care if it’s not a word, it sounds awesome). Tasty bites of fresh smoked salmon, pickled herrings, weird meats in pate form and the ever popular “brown cheese”.

Brown Cheese isn’t actually a cheese at all. “Brunost” is made by boiling down whey to create a soft, brown spread. It is quite sweet, and has a consistency that tends to stick to the inside of your mouth as it warms up. To be honest I didn’t love it at first, then I was told to have some with jam and a cracker. Level up!

You can buy it literally everywhere from service stations to the supermarket and delis.

Caviar in a tube 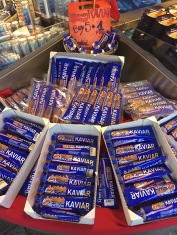 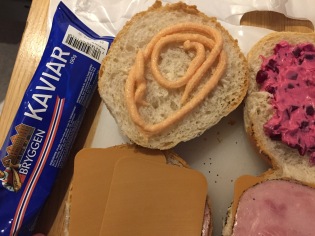 Norwegians love to put meats in tubes, almost as much as they like turning them into pastes. The fish market (I got this at the one in Bergen) has jars and tubes of all sorts of fun pickled fishes, fish pate, caviar, and seal oil.

It’s salty, SUPER salty. They put tomato paste in the mix, which I found super weird and made the already strong taste of caviar even more so. But when it’s buy 5 get one free how can you say no?

UPDATE: Have a giggle with me when I taste tested the tubed caviar here! 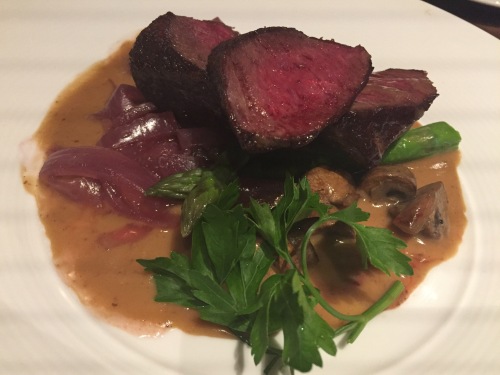 This one took me completely by surprise. Having eaten a fair few Bambi’s in my time, I expected reindeer meat to have the gamey taste and texture of venison, with a hint of beef. I even called it “beefhorse”.

Reindeer meat isn’t gamey at all. It’s high in iron and low in fat, which makes it taste different to beef, but it’s not tough and extremely mild. A slight tang of metal to the taste but otherwise very pleasant.

Perhaps it’s kudos to Bryggeloftet & Stuene for ensuring the cut and cooking was A+, but there was absolutely no toughness or heaviness where I expected it to be! 10/10 will try again! 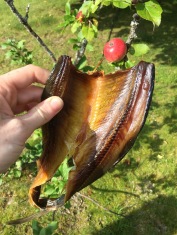 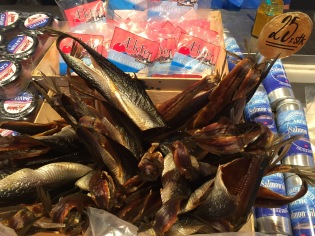 Smoked herring in a box!

Herring fishing is a huge industry off the coast of Norway, and the locals have found many ways to preserve it. Most often found in a pickle with all sorts of flavours, I found it particularly interesting when smoked.

I did go on about the fact BitaFiskur (fish jerky) in Iceland is possibly the greatest hiking snack I’d ever come across, so I put smoked herring to the test. Unfortunately, I didn’t take into account the sheer amount of oil.

Imagine if you will, a woman hiking along a track covered in herring oil in a forest full of bears. Quite possibly the fishiest walk I’ve ever done in my life … and a done a lot of walks of shame. 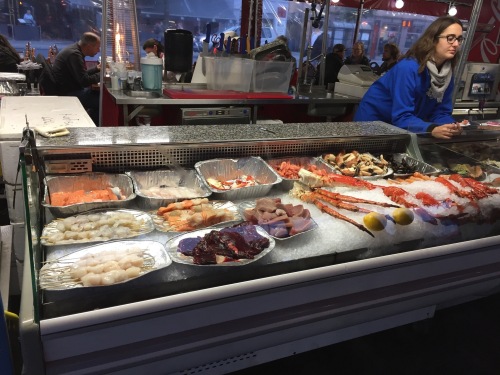 The seafood in Norway is exceptional. So fresh, the water so clear that the fish tastes cleaner and sweeter than anywhere else I’ve had it (except maybe Iceland, same same?).

A national dish of Norway is Fiskesuppe (fish soup) and I was lucky enough to try it on a few occasions, but it was quite easily the best at Fisketoget in Stavanger. 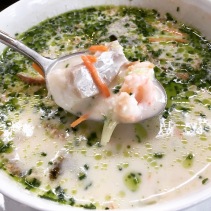 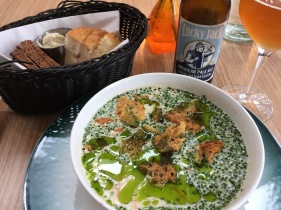 The broth was creamy and rich, without being heavy. There was a tart fragrance and taste from the vegetables and herbs, and the fish … oh my god the fish was divine! A mixture of salmon, mackerel and shrimps. There was no fishy odour, just freshly caught and perfectly cooked.

Washed down with the broth and a local beer I was in heaven. Honestly, I would box anyone up who says “I don’t like fish” and post them straight to this restaurant to be fed this fish soup. I know it would change their mind … unless they were allergic to seafood, but that’s a risk I’m willing to take 😉

So there you have it … some of the awesome local foods you can try in Norway, even when you have your heart set on the more weird stuff. Do try the seafood, do drink the beer, do eat the bread (especially in ‘breadland’ Bergen).

Don’t expect it to be cheap. 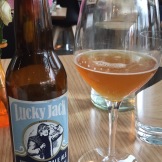 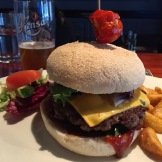 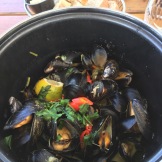 3 thoughts on “Mystery Meats and Fish Balls – Eating in Norway.”