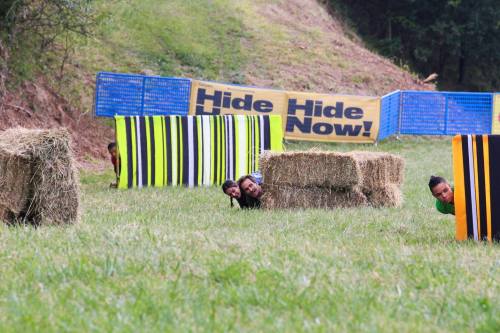 Where the heck do I start with this story?

I’m sitting in a cafe in Milano, Italy wondering how on earth I’m going to process the fact that I just competed with the first Australian team ever, in the World Hide and Seek Championships “The Nascondinos”, set near the ghost town of Consonno, Northern Italy.

The Nascon Dingos … from the greatest sporting nation in the world rocked up to show the Italian’s a thing or two.

The game is pretty simple. You have to hide in a field that is littered with hay bales, signs and random objects. While the seeker (one of four extremely fit rugby players, all with butts like two puppies fighting under a blanket), counts to a minute, eyes closed, from the “home base”…

You then have 5 minutes to get back to the base without getting beaten there first, or spotted. If he spots you and yells out your colour, while touching the base, you only get one point. First person there clear gets 20 points, second gets 19 and so on…

The winner is the team who rack up the most points. Simple right?

Watching grown ass adults hide like kids in a field and grin like maniacs, even when they are caught was and is going to be one of the highlights of my year. Hiding made my heart beat fast with excitement, and when my hay bale unexpectedly toppled over I literally had to sprint balls-to-the-wall for the home base.

I’m proud to tell you I got 17 points. Alas, that would be the only time I would run for the team. My glory was captured on video, I’ll share it soon …

The weather had other plans for us.

This was the 8th annual championships, that had never before seen rain. The sky threatened to open up most of the day Saturday, but managed to hold off till the end of the rounds. Alas, it started to rain, hard.

The rain only just stopped this morning, it’s Monday. All the nightly concerts and drinking and day two of the competition had to be cancelled, as AV equipment, tents and ankles couldn’t withstand the massive downpour.

Do you think that squashed our spirits? Heck no! The nearby ghost town of Consonno had other plans. A few of us partied into the night on Saturday with the rain falling down around us, and a very soggy walk home. One of us may have even experienced a touch of the romantic ❤

Once we found out that the event was cancelled on Sunday, most teams that hadn’t cracked it and left (fair enough too, it was very moist), started on the beers. And drink many, many beers we did. Oh you’d be so proud Australia! Salute!

That’s the thing … you really can’t keep us Aussies down. In fact, everyone there found a way to make a good time out of what could have been a pretty miserable situation. We now have many new friends from all over the globe.

We received a fair bit of media from Aus and locally but to be able to get back next year to finish what we started, we’re gonna have to scrounge up some sponsorship dollars. If you know anyone *hint hint*.

Put it this way, surely you want to support Australian athletic glory? And maybe, send me back for some “more research” into Italian puppies? 😉

We WILL be back next year, in the mean time, follow our instagram and facebook so you don’t miss out on the excitement and the possibility of getting involved. We will also be sharing some amazing video footage of the games, get on board! 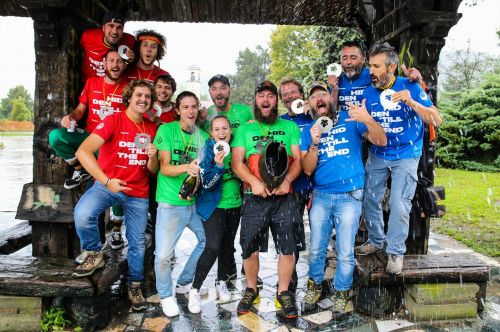 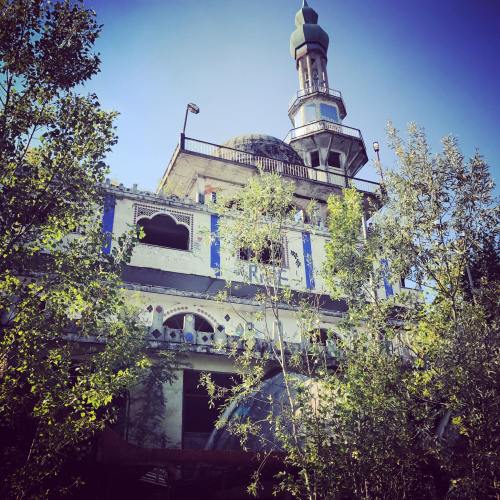 Some photos sourced from the Nascondino World Championship Facebook page. There are AWESOME videos on there too.