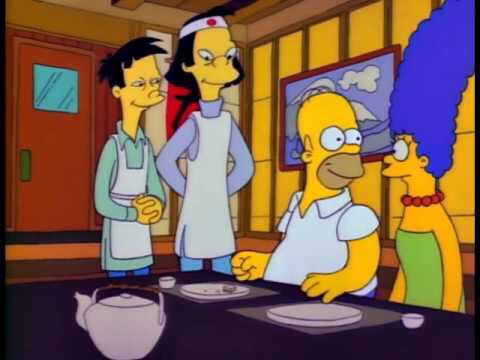 90s kids will likely remember the Simpsons episode where Homer orders the Fugu (or pufferfish) at the Japanese restaurant, only to be told he has 24 hours to live after consuming its incorrectly prepared flesh.

It’s been nearly 24 hours since I ate Fugu, so I’m unsure if I’m barrelling towards my imminent demise, or if my gut ache is just a touch of wind. Either way, I’m still living it up in Japan so if this is my last 24 hours then cest la vie!

Last night, was a 5-course Fugu meal at Guenpin, a swish restaurant with locations around the world that specialise in Fugu and Snow Crab. Fugu skin salad parboiled and drenched in vinaigrette, Fugu sashimi, Fugu hotpot with radish, soy and spring onion sauce and rice pudding were all part of the set menu.

The particular variety of tiger pufferfish, a delicacy, is the highest grade and only available during the Winter months in Japan. It is eaten not only for its delightfully unusual taste, but for its high level of collagen, and is considered great for anti age-ing and a long life. So long as you don’t eat the parts  (mainly organs) that contain the deadly toxin “tetrodotoxin”, to which there is no known antidote.

You need a special licence to prepare and serve Fugu, which takes more than 2 years to get. Even so, according to my research (or thorough once off Google search) 5-6 people a year die in Japan from eating Fugu. With hundreds of thousands (810k+) consuming the dish during the Winter months, crossing the road contains a worse statistic for death. I’ll take my chances on the Fugu.

Fugu is quite unusual, compared with any fish I’ve tasted. The flavour is incredibly mild, almost non-existent. Which is probably due to my unrefined western palette. The sashimi version has a slightly sweet aftertaste, without a fishy smell on the nose, and takes only a tiny amount of soy to inject umami to the taste buds. It’s an excellent conduit for anything you put upon it.

The texture of the sashimi was quite strange. Due to the other sashimi I’ve had in Japan, I expected it to melt in your mouth like butter. But Fugu I think is best described as having the texture of a land animal. It’s like a squid and a fish mated and grew legs and started walking around in the open air. Not unpleasant, just a strange chewiness that was at odds with the gentle flavour.

The cooked version is a lovely light, white fish, with a spongy texture and almost no odour.  Again, it takes sauce like nothing else, and the sauce was tasty! The skin on the other hand which we cooked “shabu-shabu” style in the hotpot (dipped in for mere seconds), is both slimy due to a large amount of collagen and more fishy in odour.

Lips, face, jaw, spine… it all went into the hotpot and you get your bottom dollar it all was eaten. I basically made out with a puffer fish to get its lip meat. To each his own, but if you’re going to kill and eat an animal I think it’s best to have as little waste as possible. 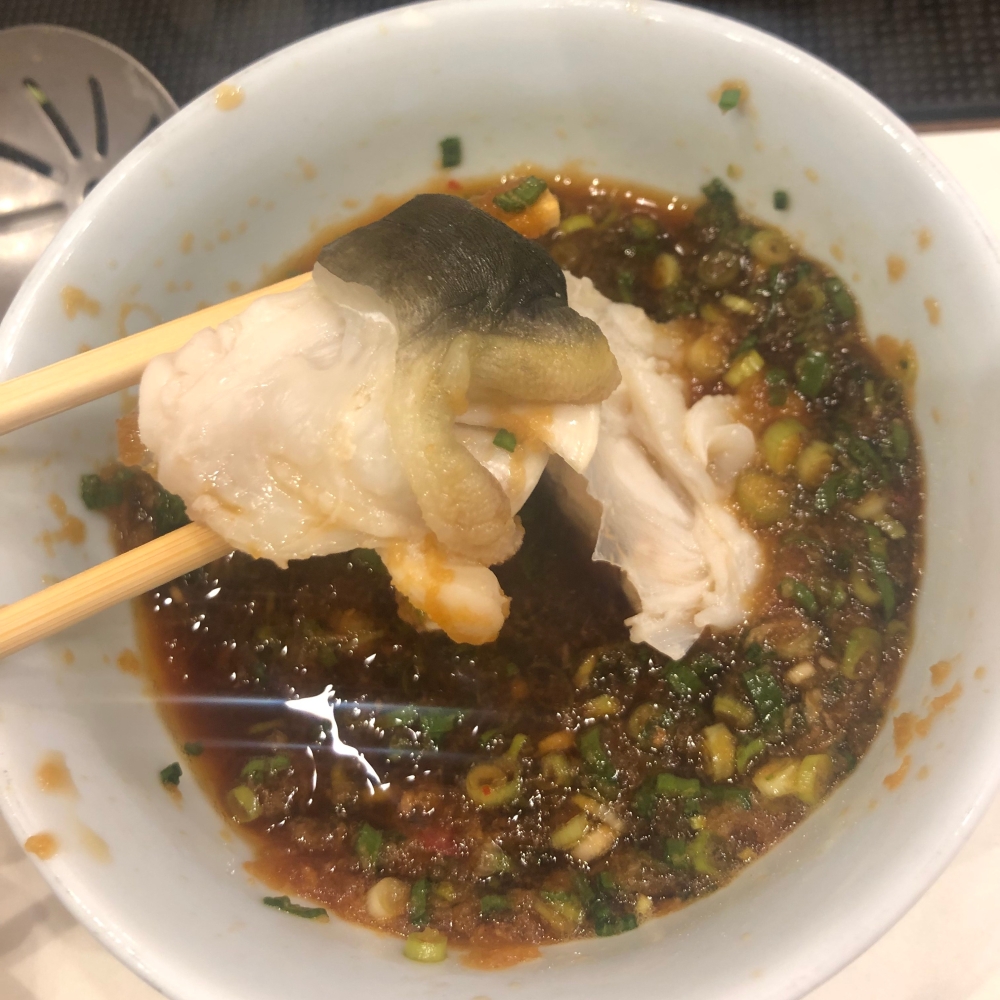 So, like Homer will I end up living past this evening to continue finding weird and wonderful foods to consume and talk about? Or will I suffer a major cardiac arrest in t-minus 2 hours?

Either way, you should totally try the Fugu.